Trump Is Planning A Revenge Tour To Take Down His Enemies

According to a new report from Business Insider, those closest to Trump say that the former President understands that he needs to lay low for a while, but once he's ready, he is going to launch a 10-city "revenge tour" to campaign against the Republicans who voted to impeach him in the House. Farron Cousins explains why the President needs to wait and why his little tour is likely about more than just "revenge."

Nearly 400 Congressional aides have signed onto an effort to beg the Senate to do what is right and to bar Trump from ever being allowed to hold an elected office ever again. These individuals were also forced into hiding during the raid on the Capitol, and they feared for their lives just like members of Congress. They should, at the very least, be allowed to tell their stories during the trial.

Mitch McConnell Cries Crocodile Tears Over Democrats Not Working With Him

Senate Minority Leader Mitch McConnell told reporters that he was super disappointed that Democrats are passing legislation - like the COVID relief bill - in a partisan way without getting any Republicans to support it. This is all for show, as McConnell had no problem passing strictly partisan legislation while he was the majority leader.

Dominion spokesman: Mike Lindell is begging to be sued. We may well oblige him

Dominion spokesman Michael Steel weighs in on the possibility of additional legal action being taken by the company against MyPillow CEO Mike Lindell and Fox News.

Former Trump advisor Peter Navarro appeared on Fox News over the weekend to explain his latest conspiracy theory. The theory is that Bill Barr - Trump's Attorney General - managed to sabotage the last few weeks of Trump's administration in order to help Joe Biden come up with executive orders. This theory makes absolutely ZERO sense, but that's how things go in Trump World.

Trump is losing support from the GOP. David Shuster breaks it down.

Arizona Republicans Threaten To Arrest Each Other Over Ballot Recounts

Republicans in the Arizona state government are apparently so angry with Republicans at the Maricopa County Board Of Supervisors that they are threatening to arrest them if they don't hand over all of the ballots and voting machines from the 2020 election so the Senate can do yet another recount to see if Trump won. These Republicans are losing their minds, and they could lose a lot more as a result of this.

Parler May Have Broken Bribery Laws By Offering Trump Ownership

Republicans in the Arizona state government are apparently so angry with Republicans at the Maricopa County Board Of Supervisors that they are threatening to arrest them if they don't hand over all of the ballots and voting machines from the 2020 election so the Senate can do yet another recount to see if Trump won. These Republicans are losing their minds, and they could lose a lot more as a result of this.

Not since Herbert Hoover left office in 1933 has a president left office with fewer jobs than when he entered - until Donald Trump. The United States lost nearly 3 million jobs over the course of Trump's administration, giving him the worst record on jobs in 90 years.

As senators debate the constitutionality of the impeachment proceeding against former President Trump, it's worth noting that as President, Trump once suggested impeaching his predecessor, Barack Obama, even though he was out of office.
At a rally in Manchester, New Hampshire, on Feb. 10, 2020, Trump said Obama should be impeached for saying Americans could keep their doctors under Obamacare.
"Remember President Obama? 'You can keep your plan, you can keep.. 28 times.. your doctor?' That didn't turn out very good," Trump said.
"We should impeach him for that. Why aren't we impeaching him? 28 times ' you can keep your doctor.' We should impeach President Obama," the former President continued.
Klikk for å utvide... 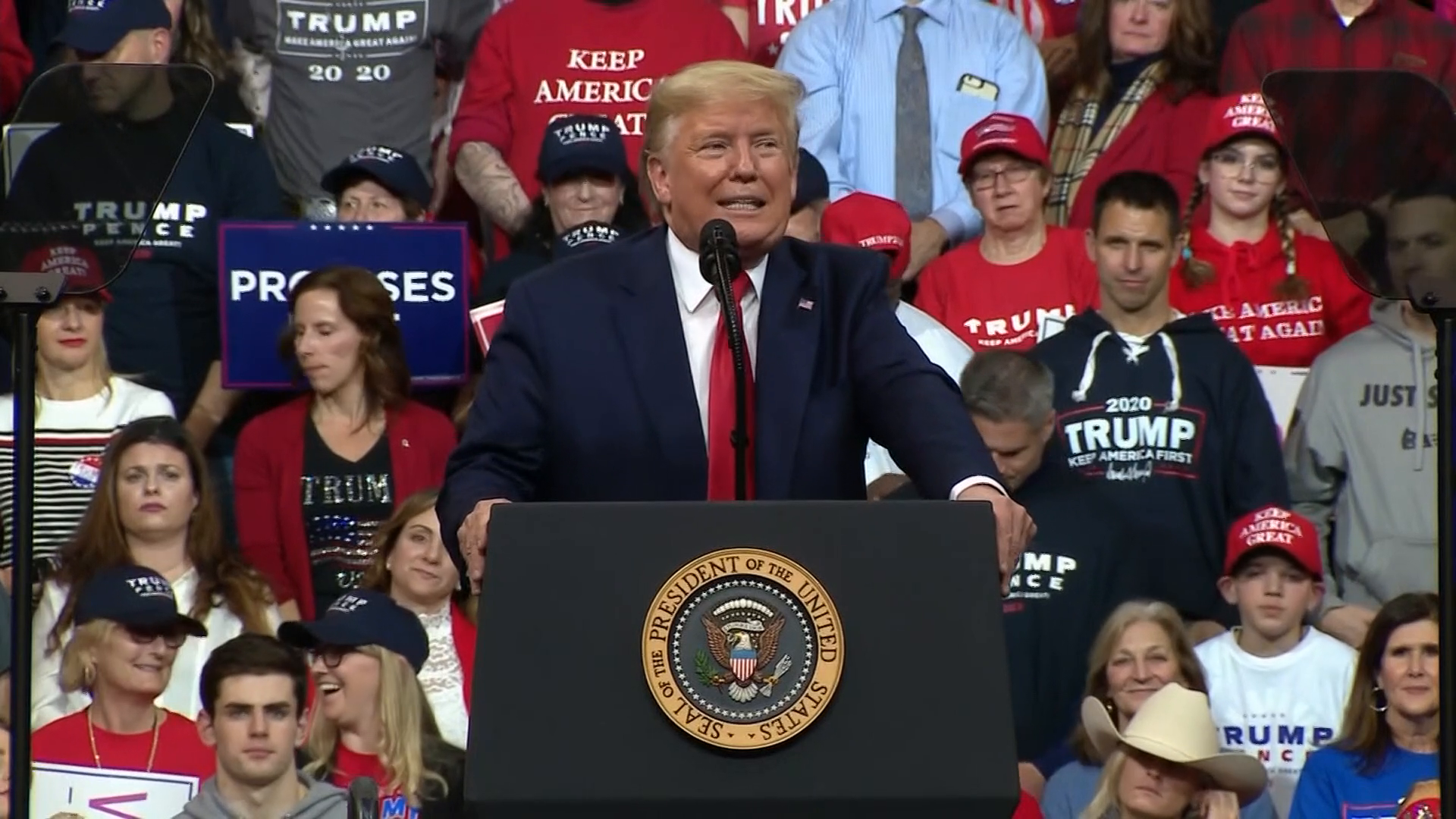 Trump once suggested impeaching Obama after he was out of office

Not since Herbert Hoover left office in 1933 has a president left office with fewer jobs than when he entered - until Donald Trump. The United States lost nearly 3 million jobs over the course of Trump's administration, giving him the worst record on jobs in 90 years.

Trump Tried to Hide His Calls w/ Putin. Biden Has Access to ALL OF THEM NOW!

Jesse talks about the Trump/Putin calls that were hidden by Donald Trump that Joe Biden now has access to. In addition to that treasonous Trump behavior, Jesse also discusses Georgia’s probe into Trump’s call with Secretary of State Brad Raffensberger during which Donald Trump betrayed America & democracy by attempting to interfere in the 2020 election results. If charges were to be brought against Trump for this call, he could face YEARS IN PRISON!

Republican Senators Were Shocked By How Horrible Trump's Lawyers Were

Republicans in the Senate were absolutely shocked by how incompetent Donald Trump's impeachment lawyers were during their opening arguments on Tuesday, and plenty of legal scholars were right there to share in the confusion. His lawyers certainly didn't do their careers any favors with their performance, and most of the country was left scratching their heads trying to figure out what was even happening.

Thousands Of Voters Have Left The Republican Party Since January

Tens of thousands of voters across the country have switched their voter registration away from Republicans, and now local politicians are starting to fret about their future chances. Republicans in DC might not be feeling the squeeze yet, but their extremism is going to severely impact the party all the way down the line.

Republican Senator Ron Johnson from Wisconsin appeared on Fox News this past weekend to let everyone know that he's not a smart man. Johnson, offering absolutely no evidence to back up his points, claimed that it was House Speaker Nancy Pelosi who is to blame for the attack on the Capitol by crazed Trump supporters. Ring of Fire's Farron Cousins explains why this is one of the most idiotic statements we've seen from a Republican in quite some time.

According to White House officials, Donald Trump was absolutely loving watching the Capitol rioters storm Congress on January 6th. They told CNN that the former President was glued to the TV throughout the entire day, watching his devoted fans break the law for him.

Man Charged in Trump Riots Worked for the FBI

--A man charged for his role in the January 6 Trump riots has held a top secret security clearance for decades and previously worked for the FBI.

Republicans in the Senate are so disinterested in the impeachment trial that they are overseeing that several of them have been caught doing everything except for paying attention. Rand Paul was doodling on a piece of paper; Josh Hawley was relaxing with his feet up; while still other Republicans were catching up on their reading. The Democrats are doing a great job making their case, but if the jury isn't listening then does it even matter?

Twitter Says Trump Is Banned For Life No Matter What

According to executives at Twitter, there is nothing that Donald Trump can do to get back on their platform, even if he decides to run for public office again. This is a tremendous blow to the twice-impeached former President, as it permanently takes away the largest microphone that he ever had.

Republicans know how badly Donald Trump damaged their party, and now they are trying to make up for his damage with a nifty re-branding. They now want people to view them as the Party of the Working Class, but that would mean that voters would have to ignore the last 40 years of politics.

According to new financial filings, the campaign of Donald Trump gave more than $3 million to the groups that ended up organizing the January 6th rally that preceded the attack on the Capitol. This is just further evidence that the President knew full well what was happening, and that he put his own ego ahead of the safety and security of the country.

Staffers Say Trump Has Shown No Remorse For Capitol Riot

According to staffers for the former President, Trump has shown absolutely ZERO remorse for the insurrection and the attacks on Mike Pence from his supporters. Pence is still in a bit of disbelief, according to his aides, over Trump's behavior, but everyone knows that if you try to play nice with Trump he will eventually turn on you.

Trump Got Away With Nothing, Says House Impeachment Manager

House impeachment manager, Rep. Madeleine Dean, D-Pa., discusses the outcome of Trump's second impeachment trial and why she says Trump didn't get away with anything. Aired on 02/15/2021. 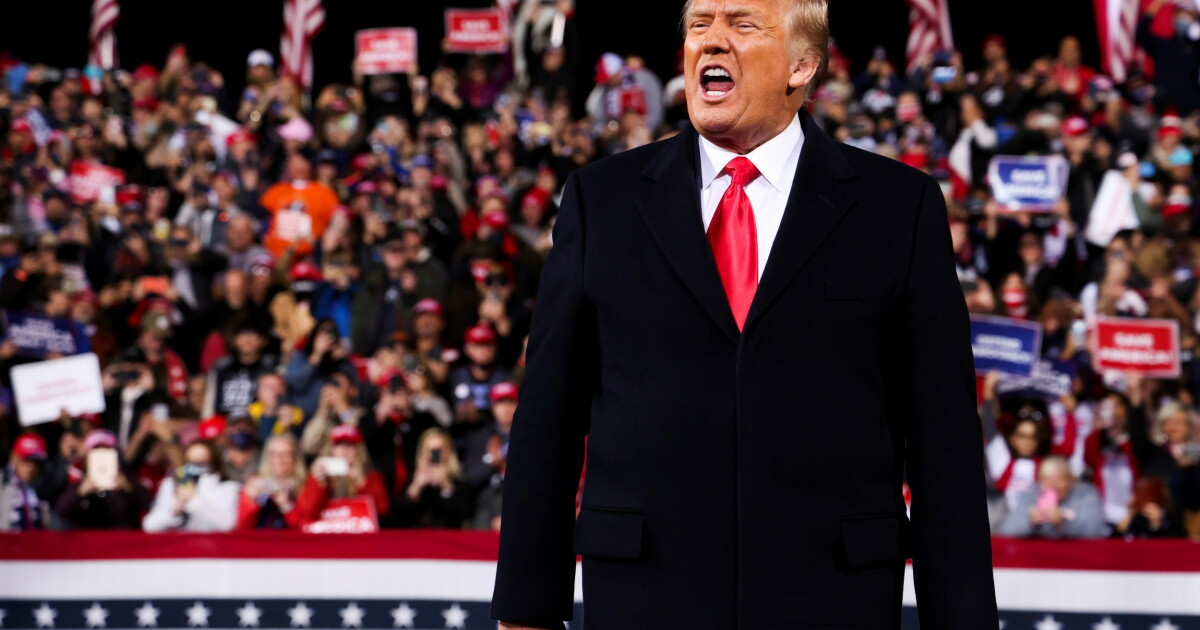 Republicans Are Fine With Trump Trying To Get Them Killed

By voting to acquit Donald Trump, Republicans in the Senate proved that they are perfectly fine with Trump sending an angry mob into their offices to attack them, or perhaps to do even worse than to just attack them. We know from their social media posts that some of these insurrectionists had murderous intent for both Democrats and Republicans, but apparently the loyalty and devotion to Trump is worth more than their own lives.

Most Americans Are Furious That Republicans Didn't Convict Trump

Donald Trump has been acquitted for a second time, and Americans are not happy. The Republican Party was already struggling with their approval, and now they are going to have even more struggles as nearly 60% of the public is unhappy that Donald Trump was not convicted

Raising Minimum Wage Would Save Taxpayers BILLIONS Per Year

A new study shows that raising the minimum wage to $15 an hour would save American taxpayers more than $10 billion per year. But just like other studies have shown that worker-centric policies will be beneficial, this one will likely be overridden by corporations who want to continue paying us less than what we are worth

Trump 'is the future of the Republican Party': Lindsey Graham
Klikk for å utvide...

Republican Senator Lindsey Graham says Donald Trump and his the 'Make America Great Again' movement is the future of the Republican Party and will be key to conservatives winning back the House during the 2022 midterm election.
Klikk for å utvide...